Cowboy Homecoming: a 2 in 1 Collection 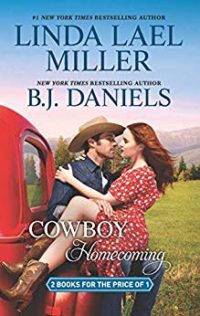 When his childhood sweetheart returns home to Parable, Montana, Walker Parrish can’t ignore that his “act now, think later” passion for beautiful Casey Elder has had consequences. Two teenage consequences! This tough cowboy has always wanted kids. Now, with Casey back in Parable, he’s getting a second chance at the first love he couldn’t forget—and the family he’s always dreamed of…